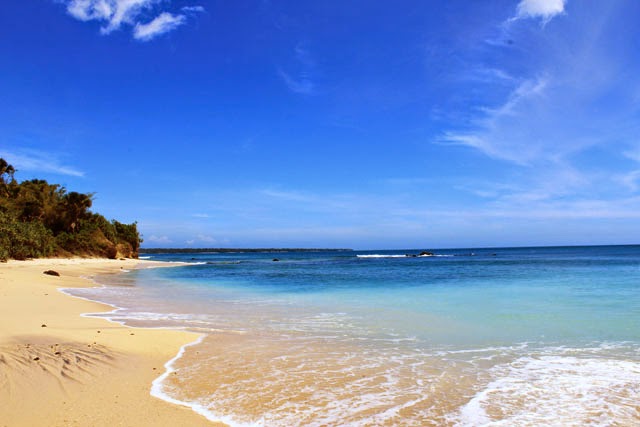 Pancur Beach presents a beautiful scenery with smooth white sand beach. It lies in the south of Java Island to make waves on the beach is quite large. Like most of the South coast of Java Island on this beach visitors are advised not to swim because of its huge waves.

Pancur Beach is clean beaches because it is located far from human settlements. Garbage here is rubbish from nature such as twigs and leaves. The plastic waste is only carried by the waves to the coast.

In the beach areas also include a spring or pond called Sendang Pancur. The flow of this spring formed like a small waterfall and flowing onto the beach. Thus forming a small stream that leads directly to the sea.

One Thought to “Pancur Beach Banyuwangi”