What do tourists know about Bukittinggi City? Well, most of them recognize it as the capital of West Sumatra Province belongs to Indonesia. Some of them are even aware of its tourism potential, so they keep coming to the region over time, especially during long holidays. Not only it becomes the governmental center of West Sumatra, the city was once the capital of West Sumatra and Sumatra Province! Moreover, in the past, it was called Fort de Kock and known as the birthplace of a famous person named Mohammad Hatta (the first vice president of Indonesia).  Visiting Bukittinggi, tourist might have known the magnificent Ngarai Sianok Canyon. For you who loves adventure destination, for sure is the best one. 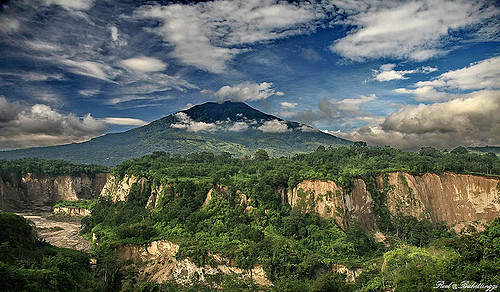 The Nuance in Bukittinggi

In terms of nuance, Bukittinggi City is not quite different than others. One thing, it resides in the formation of Barisan Hill and surrounded by two volcanoes called Marapi and Singgalang. The city resides on about 900 meters above the sea level, actually. This explains why it features refreshing atmosphere and cool ambiance. When it comes to size, it is about 25.24 km per square and most parts of the city have been used as cultural lands and the rest of them (protected forests) remain untouched. It even has an iconic landmark called Jam Gadang (Gadang Grand Clock), which also becomes one of the best tourist attractions of the city.

The region is located in a highland and it is surrounded by hills and volcanoes too. Due to such fact, tourists can take advantage of the landscape and conduct trekking! Well, it doesn’t have to be natural tourism though. It is because visitors can also explore several local markets like Aur Kuning, Pasar Bawah, and Pasar Ateh. Various types of products are sold there, so make sure to carry enough cash to buy souvenirs and delicious foods.

When it comes to the most famous tourist site, Bukitttinggi has Gadang Grand Clock which also becomes the icon or landmark of the city. Thus, tourists should never miss the chance to visit it and take some pictures of such grandiose clock. What is more? The city even has an interesting history for tourists to learn. During the reign of the Dutch and Japanese, the city acted as an important base back then. Not to mention a big war occurred here called Padri War!

Due to the increase in the number of tourists who come to Indonesia, exactly Bukittinggi City, the local government decides to improve its facilities and services. Thus, now, people can find numerous hotels and tourist facilities that scatter in different parts of the city. This fame also helps the locals to get more money from the tourism industry, in fact.

How to Get There

Those who come from Padang City should spend a trip for about 2 hours and 30 minutes to get to Bukittinggi City in Indonesia. It is because the distance is 95.7 km. The good thing is that the city is quite accessible regardless of where tourists come from. As for the faster route, it is Lintas Barat Sumatera Street.